The 2023 Masters Selection Policy and nomination are now open via the link below. For any questions, please contact Sarah at masterscoord@rowingact.org.au

The 58th Annual General Meeting was held on Monday the 24 October. At this meeting we farewelled two outstanding board members Luke Letcher and Neil Smith.  They have both been highly valued members of the Rowing ACT Board and brought their significant skill sets to the Board table which has been for the benefit of our wider rowing community.  We do wish Luke all the best as he embarks on the next stage of his professional career in Sydney and whilst Neil has stepped down as an elected Board Member his significant skills will be retained as he continues to represent the ACT on the Master’s Commission

With three board positions to elect, it was pleasing that we had received more nominations than available  and following a counting of votes we are looking forward to welcoming Vinhara Goonesekera, Craig Jones and Sebastian Lang to the Board and drawing upon their significant experience and commitment in assisting the Rowing ACT Board.  I would also like to thank Damien Pentony for his nomination.

The main item of business was to present the Rowing ACT Strategic Plan 2022 – 2027 and to work closely with our clubs, schools and rowing community members to see this document realised for the betterment of all within the Rowing ACT community.  There will certainly be lots of opportunities for people to be involved and have input into realising the goals within the strategic plan.”

The three new appointed directors to the Rowing ACT Board are;

Vinhara Goonesekara: This Vinhara’s first time being elected to the board.  Her experiences coaching, coxing in HP programs and as Vice-President of ANU Boat Club provides her with  unique understanding of rowing in the ACT.  She hopes to use her wealth of knowledge to create dynamic change especially in the development of pathways for young rowers. Despite my young age, my aspirations are to increase the diversity of the board to better reflect our rowing community so that decisions are deliberated by the best cross-section of our community.

As a consultant I work in governance and strategy writing with a background in change management. Since moving to the ACT, I have been heavily involved with the community as the Vice President of ANU Boat Club and coaching at both Canberra Grammar School and Radford College. Additionally, I have taken the ethos of helping out no matter which club by coxing boats out of CRC and Black Mountain RC as well as volunteering at local regattas. It is my intention to bring dynamism and diversity to the board and exercise fairness and good judgement on matters concerning our community.

Craig Jones: Craig Jones has been a member of Canberra Rowing Club since being selected and learning to row in the first ever Talent Identification Program conducted in 1988.  For nearly 35 years Craig has been involved with rowing in the ACT and has fulfilled many roles during this time.  Primarily as an elite rower being fortunate enough to be selected to represent Australia 13 times over a career spanning 18 years, he experienced being re-located in the national team for several years to train in every State except for the Northern Territory.  Some highlights of Craig’s elite rowing career are representing the ACT in it’s inaugural year of 1996, competing in the Kings Cup Regatta, being the first senior rower to represent the ACT in the Presidents Cup winning a bronze medal, and then the following year rowing in the bow seat to cross the finish line first in the 1997 winning ACT Kings Cup crew.

As a club representative, Craig was a committee member of CRC as early as 1990, a rowing coach for Radford College in 1994 and 1995, a university intervarsity coach with ANU in 2000.  Whilst on the Australian Rowing Team during 2002, 2003 and 2004 Craig was elected as Vice Captain of the Mens’ Rowing Team.  During his 13 years on Scholarship at the AIS, Craig was also a member of the AIS Athletes Commission from 2002 – 2006.  Professionally Craig studied Business Management and after graduating worked in the Finance Sector for 13 years, and when retiring from elite rowing he then had a change of career to become a real estate agent, working in property development and construction for the past 14 years.  Currently Craig is working in the supply chain management division in the National Office of the Australian Electoral Commission.

Sebastian Lang: In this role, my focus will be on helping our local and school clubs thrive, both by supporting them through Rowing ACT’s various forums, and working with fellow directors and staff, to inspire clubs’ trust and willingness to collaborate to achieve greater success. I am committed to playing a role in growing the Canberra rowing community, while at the same time maintaining and utilising existing members’ enthusiasm. Rowing ACT can position itself to deliver the support clubs need to meet the challenges of ensuring a volunteer base that can match, indeed even exceed, our aspirations for programs and regattas.

I will bring a range of relevant skills and experience gained throughout my public sector career. In particular, I have substantial community and stakeholder engagement, for example, as the former senior executive manager of various national parks and the Australian National Botanic Gardens. Additionally, I have held public-facing roles, such as the lead spokesperson for the Australian Government’s threatened species policy, providing deep experience in social media engagement and awareness-raising campaigns.

I started rowing nearly 20 years ago and have more recently watched my 17 year old daughter discover rowing and develop her skills. This has given me an appreciation for what attracts people into rowing at different life stages. My club roles have given me insights into the rowing activities that maintain and build motivation, drive performance, and also those that cause people to move away from the sport.

More importantly, I will bring an open approach to the board. Our rowing community is at its best when everyone is welcome and encouraged to achieve their goals regardless of age, gender, ability, school system or employment sector. I have rowed with a number of Canberra clubs and club members, while registered as a member of Canberra Rowing Club, and the different people I have met has been an enjoyable side-benefit to the sport itself. Moreover, it has highlighted that we have no shortage of great and dedicated people involved in our rowing community, and who have common goals. It is clear that we can compete fiercely on the water, yet still collaborate strongly off it. Together, we can raise the profile of rowing among Canberrans and sport decision-makers at all levels.

The Board is pleased to present the 2022-2027 Strategic Plan 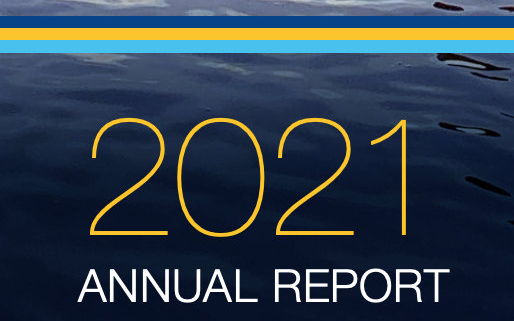 The Board has pleasure in presenting the 2021—2022 Annual Report

Rowing ACT is pleased to launch blazers that can be purchased by members of the community. The blazers are custom made by Noone, and feature a royal blue blazer, with gold, black and blue piping, with the Rowing ACT logo embroidered on the breast pocket. The blazers come in a unisex fit.

For past and former ACT Interstate (including Masters) Team Members, the Rowing ACT logo can be replaced with the ACT Crest if desired. This pocket will be affixed once the blazers have been delivered.

The blazers can also be embroidered with significant achievements in rowing. Full details on embroidery are included on the attached Rowing ACT Blazer Policy, which has been approved by the Board.

The cost of blazers are $319 which is to be paid to Rowing ACT prior to the order being confirmed. Anyone interested in purchasing a blazer is asked to provide the following to eo@rowingact.org.au by 21 October. Delivery of the blazers is anticipated in January 2023.

Embroidery (please provide details of all embroidery – embroidery to be arranged on delivery of the blazes and invoiced separately):

The 2022 Annual General Meeting will be held at 6.00pm on Monday 24 October 2022, at the CGSRowing Centre. Please see the formal notice. The Director nomination and proxy forms can be found here.

The 2022 Annual General Meeting will be held at 6.00pm on Monday 24 October 2022, at the CGS
Rowing Centre. This is the formal notification of the AGM 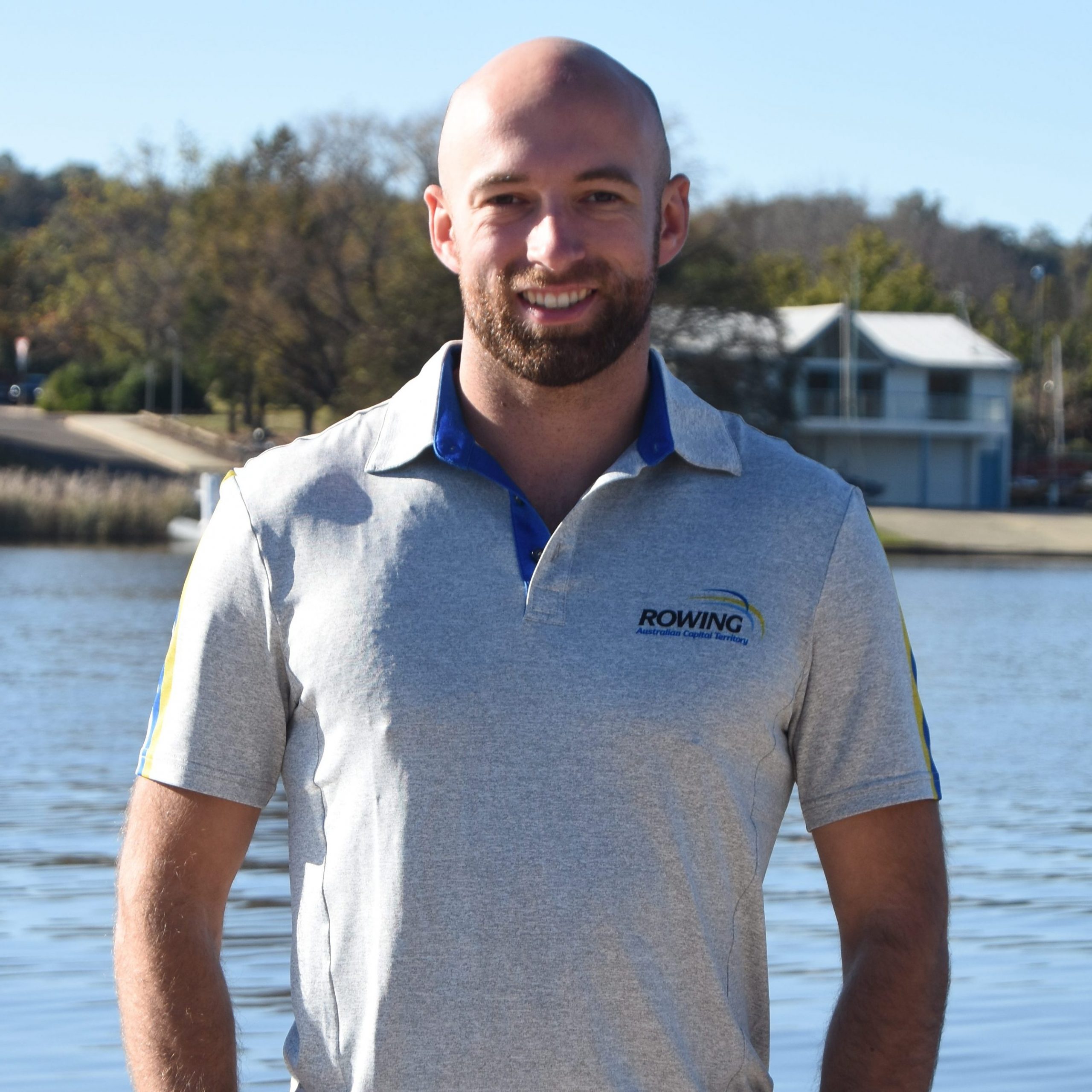 Rowing ACT is excited to announce the appointment of Tom Creber as the new High Performance Program’s Assistant Coach.

Tom comes to Rowing ACT from Banks Rowing Club in Victoria where he was the High Performance Coach. He previously held the position of Head Coach at Balliol College, Oxford University, where he was very successful in the inter-collegiate regattas and coached multiple athletes that were selected into various Oxford University crews. He has since spent four seasons coaching at Melbourne Grammar, including the last two as the 2nd 8+ coach. Tom is also a very accomplished oarsman and now competes in Ironman triathlons.

We look forward to having Tom as part of our High Performance team, and getting out on the water! 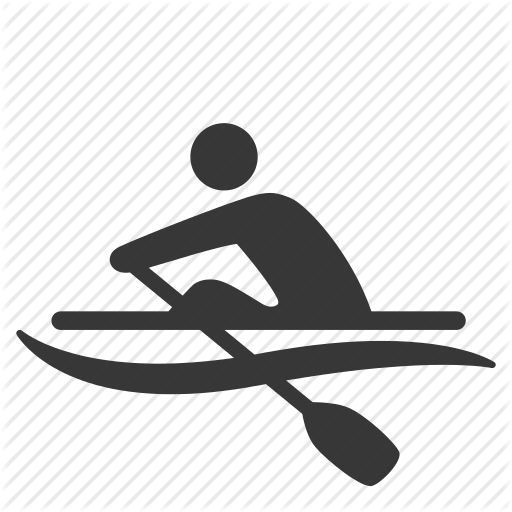 Rowing ACT would like to advise that Alison Creagh has been elected to the board of Rowing Australia on Saturday 14th May and has resigned as President Rowing ACT, effective immediately.

In order to facilitate this transition period the Board also confirms that Alison Chinn has accepted the appointment as Interim Director of Finance Rowing ACT and Tobias Wehr-Candler will continue in his role as Vice-President Rowing ACT.

The Board would like to take this opportunity to thank Alison Creagh for her dedication and commitment as the President of Rowing ACT and is confident that the voice of the ACT will be well represented on the Board of Rowing Australia.

CONGRATULATIONS to the following ACT Athletes who have been selected in the Australian Underage Teams following the trials period here in the ACT;

This is a fantastic achievement and we are very proud of all. Well done to all athletes who trialled for the Underage teams – you have done yourself and your states proud.

Thanks once again to the Rowing ACT community for their support and assistance during the week of trials.