You are here: Home1 / Rowing in the ACT2 / ACT Rowing History

Rowing in the ACT has a rich history.  The intention is to bring together material that relates to our rowing heritage in the ACT.

2014 was very significant as it was the 50th year of rowing in the ACT, with rowing activities kicking off when the Lake filled in April 1964.  To celebrate, Rowing ACT released the Golden Jubilee medallion which can be purchased. 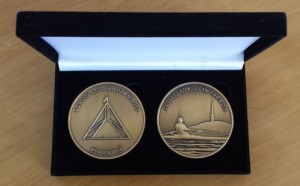 One history which broadly covers the opening of the Lake, early rowing and the evolution of the Black Mountain Rowing Club may be viewed below.

Up the Creek is the Australian National University Rowing Club’s 50th  anniversary book of “recollections”.  It is available for sale.

Want to join the discussion?
Feel free to contribute!